The Glacier I Sleep Inside

another rough demo for the upcoming album. This one is about the glacier I sleep inside
Posted by WT at 3:51 PM No comments:

I'm just a broken piece of fish - Jam with Will Colvin

I started jamming on this riff and suggested we record a video. Colvin busts out some excellent improvised lyrics. “I’m just a broken piece of fish” is my personal favourite.

When I make new songs I usually noodle around on my guitar a bit before eventually finding a riff that I like. Then I write some lyrics to match that riff and try to sing them in a matching vocal melody. After I've written some lyrics I'll often record a video of the newly written riff and vocal melody so that I don't forget it. Kinda like a visual diary of little song ideas. 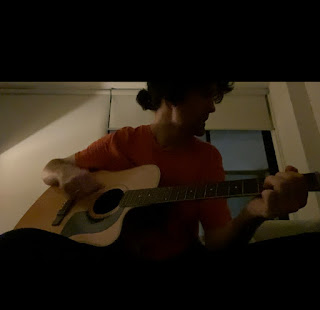 I've decided to post 2 videos of the early creation of 2 songs from my new, upcoming album Three Rings And Ten Moons.

These videos are very raw and they show what a new song looks like when it's being freshly figured out. The songs have been developed a lot since they were originally created and you'll hear them in full on my upcoming release.