whirlpools appear in my breakfast bowl 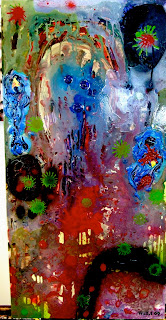 Those who dwell beneath the meadow 08 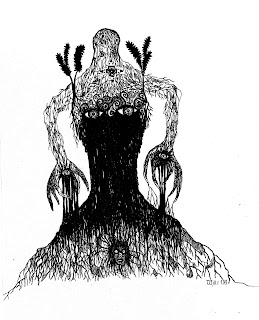 This is one of many drawings from my sketch book. I plan to eventually upload all of them when I can summon the energy to make some nice scans. 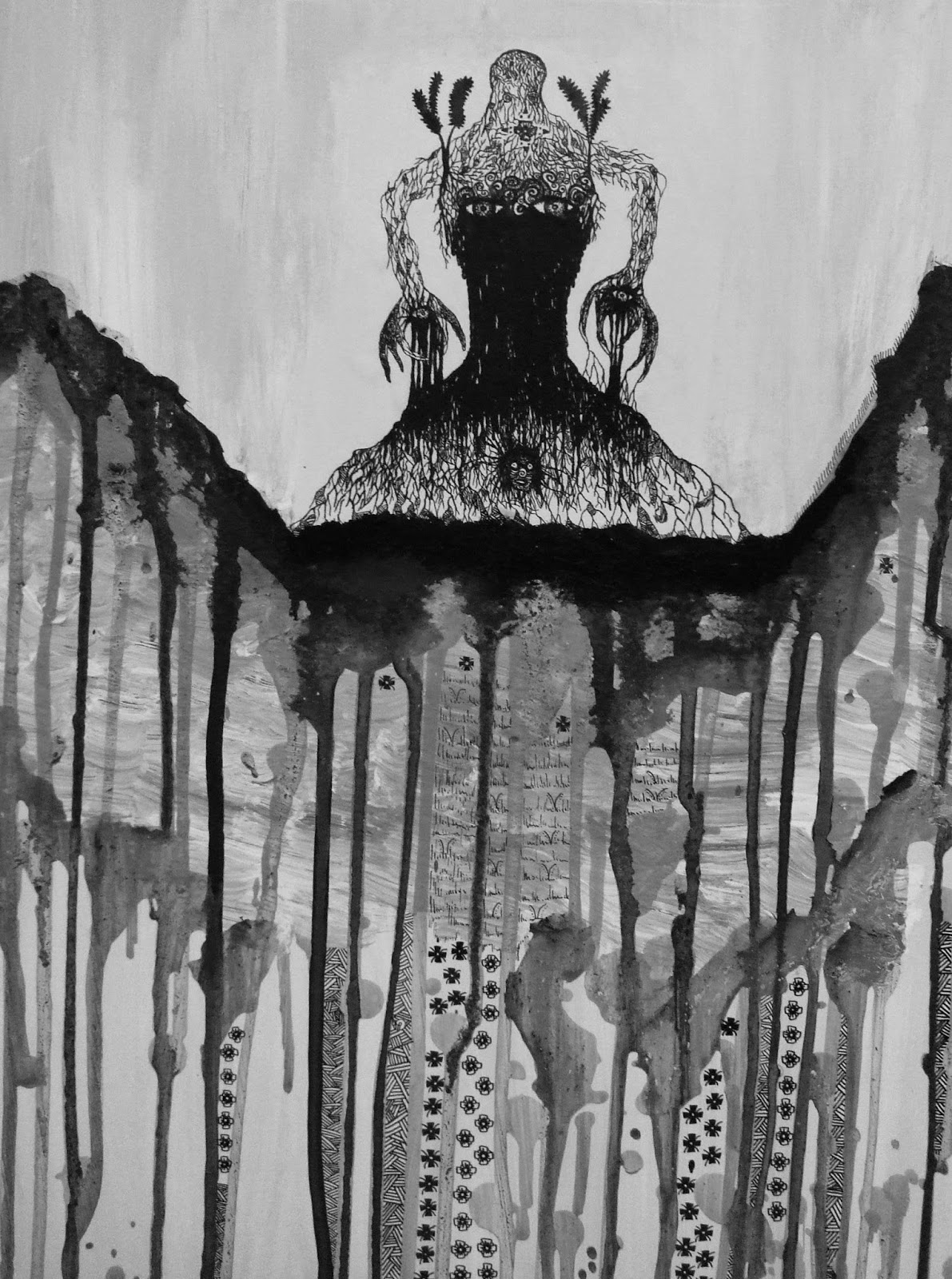 Faded Suburbs has received a very nice review on a Japanese website:
http://lifewave.sitemix.jp/2009/12/15/bristles-on-the-carapace-『faded-suburbs』/
Luckily Jasper can speak Japanese and was able to make a translation. Here it is.
The surreally named group Bristles on the Carapace are Jasper Rice and Will.t, a duo from Australia. I'm not familiar with Jasper's other musical projects, but Will.t's project Paneye has releases on Dog Eared Records and Secret Station. Paneye's sound is not far from that of this release, and has a loosely ambient sound to it.
The title of the album, Faded Suburbs is wretched and drifting, but the contents have a lo-fi ambient sound. The whole album's sound is not so much underwater, but rather cloudy, and I wonder if this is intentional or whether the cost of the equipment has any relation to it. Through this, it could be thought that some manner of ambience is achieved. It is a mysterious sound.
It's melodies are not like melodies, and yet it isn't drone. Ephemeral melodies appear, delicate and foam-like, then seem to vanish at an unknown time. In this way it is similar to the title of the album, something which the titles of all the songs do not grasp. “Categorisation isn't particuarly necessary” it seems to say. However, while obviously being made quite cheaply, it does leave a lasting impression.
Faded Suburbs perhaps has the meaning of being faded from memory. Let us assume that here, in this abstract pale sound, it is as if we are peeking into the midst of a memory. Perhaps the hairy yellow monster on the album cover is “Bristles on the carapace” and perhaps he is gazing at the “faded suburbs” around him.
Incidentally, as it sounds similar to Paneye's “Along the way to the big top, my life just dissolved”. Those pleased with that release should check this out.
Review by BUG
Posted by WT at 12:18 AM No comments: 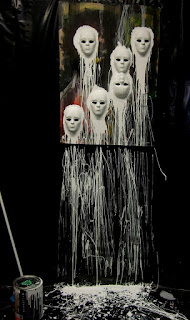 This was one of my final 3rd year grad show pieces at art school.
Posted by WT at 3:04 PM No comments: