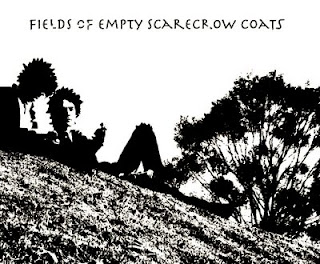 The truth is that the two of us have been playing songs together for 2 and a half years and now have finally decided to do some proper recording.

The band name came about while the two of us were walking to my apartment from artschool and, to occupy us on the walk, Jesse suggested we come up with two words to describe one another. It turned into Jesse describing me as a 'blue matchstick amidst the roots of a tree' and me describing Jesse as a 'jelly scarecrow in a goon-stained business shirt'.  Hardly two words each, but the band name came out of that later on.

We've also set up a myspace with a few of the songs we recorded last night. It was pretty much one long extended jam so I cut out different sections of the recording that were more coherent.

Our demo can be downloaded here (very rough, more to come):
Posted by WT at 4:29 PM