The bright city forest at night 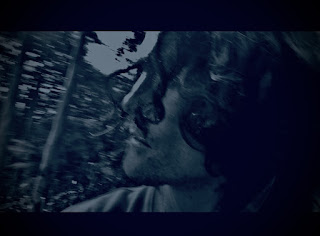 It was nighttime and I was next to Martin Place, at the entrance to the botanic gardens.

The botanic gardens had been transformed into a giant, luscious forest. The night sky was brilliant and impossibly starry, like a Van Gough painting, making the forest both dark and bright simultaneously. The forest itself was large and it would take at least an hour to cross, end to end, if one moved through it at a brisk pace.

The forest was a strange mixture of lush, dense foliage and urban decay, with traces of humanity. It was a city forest that somehow felt both remote and urban. Scattered throughout the forest were old shopping trollies, garbage and, strangest of all, passed-out ravers and party people from the many rows of nightclubs that now populated Martin Place. These people would take epic party drugs at the clubs and raves and then go into the forest and sleep for days. Sleeping off the drugs. They didn’t care at all.

On either side of the forest were grassy knolls that marked the forest’s edge. Beyond the grassy knolls were imposingly tall, dark skyscrapers that looked more like Gotham City than Sydney.

Johahn had an idea. “Why don’t you go to the knoll on the other side of the forest and I can take some amazing photos of you through this telescope glass.”

I said “Okay, but wait for me and I’ll call you when I’m there and we can coordinate it.” I knew it would take me at least an hour to cross the forest and I would have to move quickly.

There was only one trail that crossed the forest , but it was faster for me to go off the trail and through the dense forest to the other grassy knoll. It was a more direct route to go off-trial and I didn’t want Johahn to be left waiting too long. I wanted to cross to the other knoll as quickly as possible.

So I set off into the forest briskly, parting the leaves and dense shrubs with my hands.

Before long I came across a small, attractive girl who was passed out in the foliage, lying under ferns. She looked like she had come from a rave in the city. She was wearing a dishevelled, tiny dress that was exposing her naked body. I thought she must have taken some potent drugs and she was sleeping it off. I stopped and looked at her, but it felt wrong to stare because she was exposed. I felt bad for her because I knew she could easily be raped, lying almost naked in this forest near the city. But I felt I should keep moving. I didn’t want to keep Johahn waiting too long.

I looked up and saw the trail ahead, and a group of friendly looking people moving along it. I turned and looked back in the direction I’d come from and I saw another small group of friendly looking people moving in my direction. I thought that they would likely find this passed out girl and take care of her. I convinced myself that she would be okay.

Glancing once more at the sleeping girl, I kept moving through the trees and vines, deeper into the forest. Even though it was night time, my visibly was very clear. The forest was so bright from the brilliant, shining stars in the sky above me.

Johahn was waiting for me so I had to move fast.

As I made my way through the trees, I would go between traversing dense foliage and then hitting the thin, winding trail that threaded through the forest. Weaving in and out.

Then I came across the same passed out raver girl again. Almost naked, and sleeping just off the trail amidst a patch of low weeds. Somehow she’d been moved to this place. I stopped and looked at her again. It felt very strange. For some reason I knew she had been sleeping in this forest for days now. Was she dead? No, she was clearly breathing and sleeping. She looked peaceful. Those drugs she’d taken, whatever they were, must have been incredibly powerful.

Suddenly, some old hippies called to me from behind a dense thicket of bushes. These hippies were guys whom I went to university with. Old friends. They seemed really excited to see me. “Hey dude, come here.” I followed their voices and saw them gathered around a trap door in the forest floor. “Dude, check out this room! It is awesome down here.” I paused for a moment and thought about the plan I had with Johahn. She was waiting patiently. “This won’t take long” I thought to myself.

I went down the trapdoor with the hippies. It led into a huge, flooded underground room full of broken cement, plastic bottles and detritus. The hippies then began trying to convince me to move into the room and start renting it. This had turned into a bizarre room inspection. They were trying really hard to convince me to sign a rental contract.  “Dude, it has so much potential down here. This room is huge.” They looked at me full of hope and expectation.

Squinting through the shadows, I looked around the room. Water dripped from the ceiling, hitting the dirty, gray pools below. It looked like a horrible place to live, but the hippies were so excited about it.

As my eyes adjusted to the dark, I began to notice just how big the room was. It was almost the size of a school gymnasium. “Dude, you can dredge all the water out of here and convert it into an amazing art gallery. You’ve got the money, man. You can do it!” The hippies were becoming urgent.

Surveying my filthy surroundings, I thought “well, I guess I could set up one side of this giant room as my living area, and maybe divide it with a nice, red curtain. And the rest of the room could be an art gallery. I could throw huge underground art parties down here. That might work. But how will I breath? It’s completely underground, with the small trapdoor as the only entryway and exit. I’ll need to create some ventilation somehow.” It seemed like a logistical nightmare.

I began to wonder how I had become so easily sidetracked on my journey through the forest and I felt bad about keeping Johahn waiting for me. I imagined her sitting by the telescope, wondering where I was. I looked at my phone and saw that she had tried to call me.

I suddenly woke up and Johahn could tell that I’d been dreaming. She asked me “what happened?”

“Well, you know Martin Place? You know where it leads to the botanic gardens? The gardens had changed into this huge forest, full of luscious foliage and passed-out ravers and party people. Martin place was populated by many rows of nightclubs. Just outside the forest, on the Martin Place side, was a grassy knoll underneath this unbelievably beautiful starry sky. And we found this telescope…”